It had been a while since last photographing the Palouse, in fact it was while still shooting film. What fun it was to return with modern state of the art digital equipment. The rolling hills, farms, and old cars were as beautiful as remembered. There were not as many fields of canola and mustard flowers as some years. 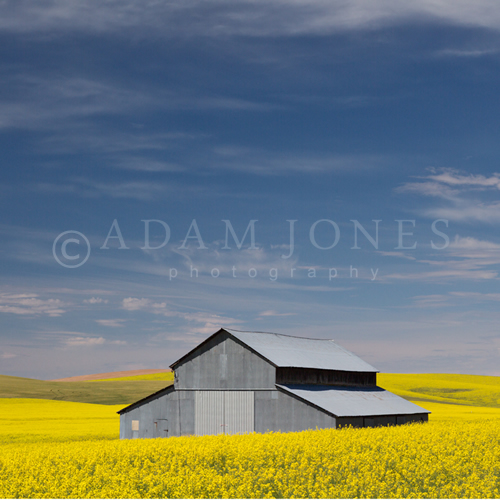 We did find several really vast scenes of yellow. We had a beautiful blue sky, so in this variation the sky was featured more than the canola. An aperture of F11 was chosen to ensure sharpness from near to far. It really is vital you know where to go in this are area, there are 3,000 square miles to explore, and its very easy to spend all your time driving around looking for the best locations. More to come as I process images: Red barns and wheat fields!!!